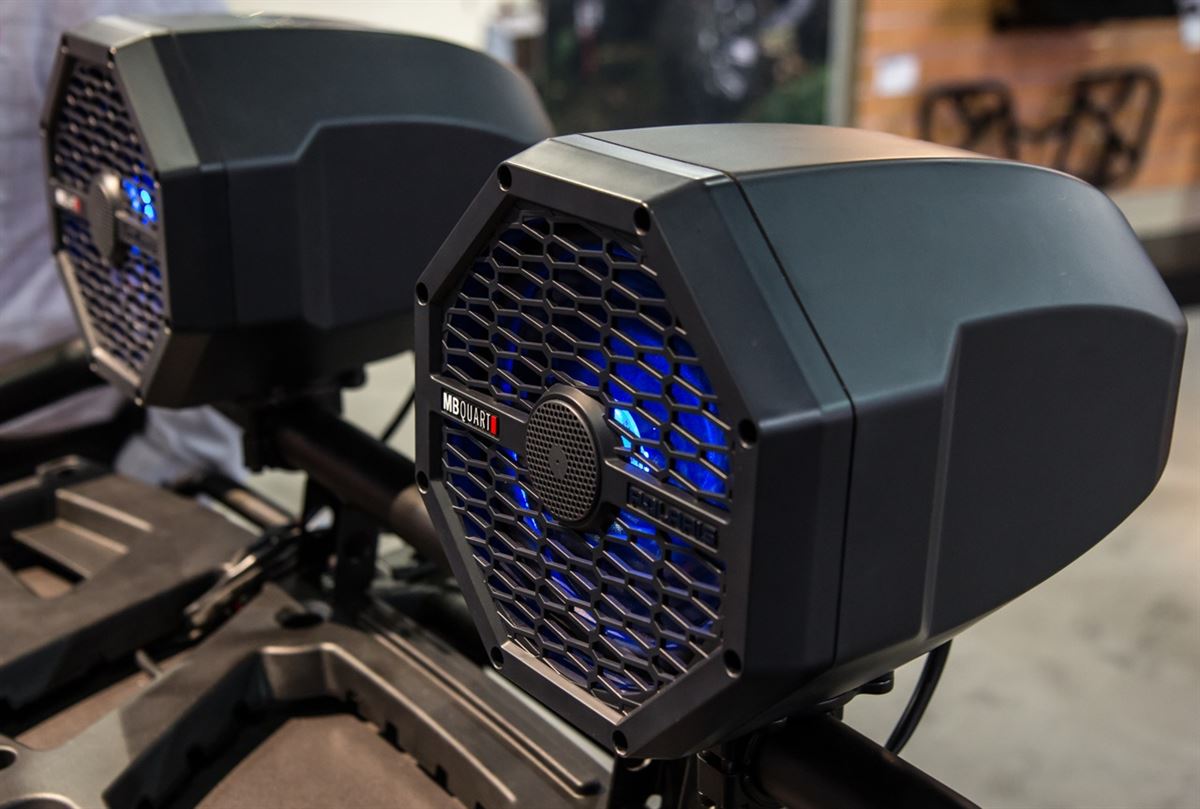 How did we get here?

MB Quart has been known to car audio enthusiasts for years as a supplier of insanely reliable high-end audio products. In the late 80’s MB Quart took that reputation into the marine audio market providing high-end audio solutions to some of the industries best boat manufacturers. This week, MB Quart has announced an unprecedented expansion of our existing product relationship with Polaris Industries by launching 4 new categories of exclusive Polaris Audio by MB Quart. This progression is no accident and validates MB Quart as an industry leader providing top audio products for next-level consumers regardless of where or how they listen to their music.

The new categories of product featured the powered Extreme Audio Pods, the Sound Bars, a Bluetooth Remote Control unit and of course the portable MB Quart QUB Polaris Bluetooth Speaker based on the QUBFour which was launched at last years show.

The anticipation is killing me!

This past week, we were invited to participate in the annual Polaris dealer show where we would display four new audio solutions to the ever expanding Polaris dealer base. The show changes locations every year. This years event was held in the Sands Expo Center in Las Vegas where our team arrived on Saturday to begin setup for the event. As we went through registration, we couldn’t contain our excitement. You see, we’re all real enthusiasts and car guys. We love audio and we love transportation. A walk through our employees garages reveals a group of sincerely passionate people that truly believe in what they do. The opportunity to participate in an event like this was an honor and a privilege for us. We were especially excited to see all of the killer new RZR models. I currently own an XP4 1000 and heard rumors of a new turbo model. Hmmm!

First impressions walking into the display area were impressive to say the least. We knew that Polaris was a large company but seeing all of their new models under one roof was not only overwhelming but very, very impressive.

The Sands Expo Center was bursting at the seams with multiple examples of all their new models including RZR, Ranger, Ace and Sportsman. There were even some awesome High Lifter limited edition models on display as well complete with mud and water to prove that they do stand up to all that you can throw at them. But that was just the start.

As we walked further into the hall we were able to catch a glimpse of the stunning new Victory and Indian motorcycles. They even had a killer display with five of their new Slingshot three-wheeled fun machines on display.

One of most impressive areas housed the company’s new military vehicles.

These are a sight to see for sure! But the highlight for me was the new 144HP Turbo RZR. One of these bikes would be outfitted with our new products and I couldn’t wait to get my hands on it!

One machine received two pair of our new 8” Extreme Audio Pod speakers and served as the musical entertainment for all of us working in the hall through the day and night.

Two pairs of Polaris Extreme Audio Pods: Music For All

Our time was spent making sure everything worked as planned and that everyone was happy with the performance of our products. All went well so we called it a night.

And the show goes on…

Monday afternoon saw the doors finally open for the dealers and media assembled. The group was invited to a dinner before being able to walk the show floor. After dinner, the crowd assembled outside of Hall B impatiently waiting for the doors to open. It reminded me of waiting for the doors to open at a concert except people seemed even more anxious to see what was behind these doors! When the doors swung open a sea of Polaris dealers flooded the hall. Their anticipation was palpable. You always fear the worst in these scenarios. How would customers react to our products? Would they like the sound? Do they understand the concept of what we’re trying to do? We were all anxious to see how well these products were received. In fact, I’d say that we were blown away by the response. For the rest of the evening and all of the next day, we displayed, demonstrated and talked to a great group of people from all over the world. People that are also passionate about some of the same things we are. We spoke to dealers from France, Asia, the Middle East, Canada and all over the US. All of them saw the benefits in what we were offering and how it could help their business flourish.

Tuesday night provided a chance for everyone to blow off a little steam. You see, Polaris dealers are a fun bunch and love to have some fun. That’s just the nature of this business. Something that we at Maxxsonics really appreciate! So that night they hired a singer to jump on stage and play a few tunes for all of dealers and vendors assembled at the event. That singer was the legendary Willie Nelson. Willie entertained the crowd deep into the night. He had people singing and partying like they were kids again. It really was a great time and his performance was incredible!

More about the product.

If you are a Polaris dealer and need to show your staff what they missed in Vegas, you can review everything on the website page for the Polaris Audio by MB Quart product. If you’re not a Polaris dealer, that is a shame.

The show was open for a few more hours on Wednesday morning but I’m afraid that Tuesday night had taken its toll on most of the attendees so the crowd was light and preferred a bit of quiet. It was a great opportunity to spend more time with the hardworking crew from Polaris and to see some of the vehicles that we had breezed over earlier in the show. After that it was time to pack up our display and hit the road. During my drive back to Phoenix, I reflected on the event and how awesome it was. I thought about what we had accomplished and looked forward to all that we’ll accomplish in the future. It truly was an honor to attend this event and I can assure that we’ll be back with even bigger and better solutions next year!

Rolling at home – well after – midnight, my garage door opened, I was greeted by my RZR – my poof, non-turbo RZR. You know, I never did see a table during the Vegas show with the sign, ‘TRADE-IN’. I guess it will be on Craigslist by morning.

Back home in AZ 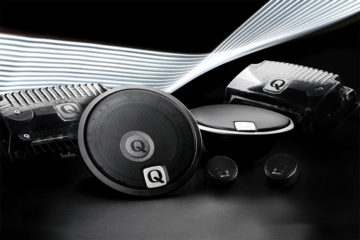 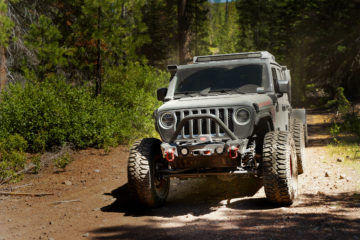 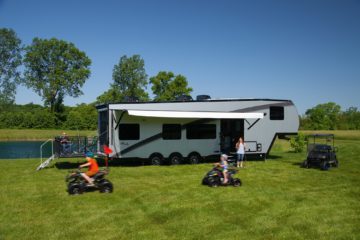