Getting SLAMMED for SEMA 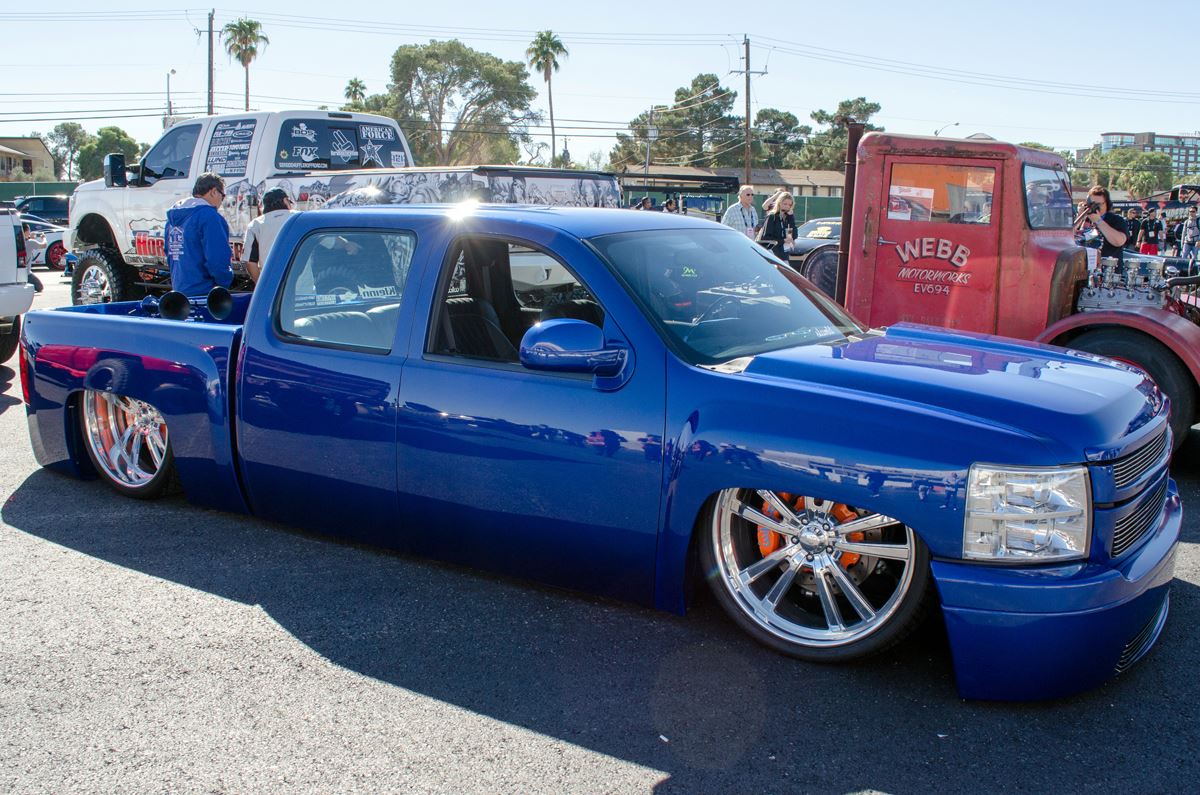 Getting a “Featured Vehicle” was a real challenge at SEMA 2015, one of the most premier aftermarket automotive shows in the world, held in Las Vegas, NV the first week of November.

In 2015, several thousand cars, trucks, UTVs, etc. had confirmed slots in hand, only to find out that SEMA overbooked and cancelled nearly 300 cars. That makes it even more incredible that Nathan got his 2007 Silverado into a slot – as there was no rhyme or reason for who or what got cut, just luck. Here is a short story about some of the specifics that Nathan focused on for his 2007 Chevy Silverado build.

Nathan and his team wanted to design a truck with a slammed and bagged profile. They also wanted an upgraded engine for more horsepower. Last but not least, they wanted to fill it up with an MB Quart mobile audio system without giving up leg space or seating capacity.

The challenge with any crew cab truck or dually is physical space. Unless you are willing to accept that the stock system was perfect, you have got to be creative and get away from stock locations for speakers.

The truck features a total of four of the MS1-304 M-line 12 inch subs. Nathan chose these first because of their minimal required enclosure. This is accomplished by design with Dual 3 inch voice coils, Vented Aluminum formers to quickly dissipate heat, a Thermal formed Poly cone and dust cap and a UV protected rubber surround.  All in all these subwoofers will handle 600 watts of peak power- each. That is a lot of bottom end in this truck, it’s perfect.

The M-Line subs are fitted under the seats and in the center console which helps disguise the controls for the air suspension system. The enclosure and center console are covered with Porsche’s material called Alcantarra for an extremely high end look.

The high frequencies in this truck are handled by the top of the line Q-Series Components. The Silverado install features 3 sets of QS216 Speaker Systems 6.5” components. Each set is comprised of a pair of 40mm WideSphere™ Teteron silk dome tweeters allowing flawless reproduction of sound and improved durability. The midrange are handled by a Nomex composite cone with a cast aluminum basket all controlled by the Q Control crossovers with attenuation for the tweeter and the midrange. See the full details here.

The Q Series are doubled up in the front which allows double the cone area which can help the system produce more SPL.

Sound Pressure Level (SPL) is a tricky equation when dealing with such a high end component speaker system that is designed for an audiophile listening experience versus a pure volume system. Therefore, the door panels were customized to accommodate two pairs of the WideSphere tweeters and two pairs of the composite baskets that hold the midrange. The Q Control crossovers are tucked out of sight.

For this build the Discus amplifiers were chosen. The Discus, like all MB Quart amplifiers are built around very low noise, high sound quality preamplifier sections called Q-Stasis. All amplifiers have a 3 stage protection system so they can run hard and remain distortion free and very musical. Additionally, the amplifiers are packed with onboard equalization to maximize control of the audio settings.

The DA1-2000.4 Discus amplifier for the four channels of high frequency is a 200 watt amplifier that powers 500 watts x 4 channels, which is plenty of power for all four corners. The subwoofers are connected to a DA1-3000.1 which can keep up with the 4 12 inch subs powering out 3000 watts at 1 ohm.

Custom Saddlebag Liners = Todd Jubert (former owner of The Interior Shop of Phoenix)  did a complete interior with European Black leather and suede which included blue stitching to match the exterior.

Nathan would like to thank his son Bryson McGregor for helping at every step of the build. Bryson is 15 and his experience building a SEMA feature vehicle will be a huge glaring benefit on his resume as he works through the auto shop program. Turns out Bryson was accepted into his 2016 program, which was already full, because of the SEMA experience he had under his belt.

Nathan is on Instagram is @vegas13vegas and Facebook Nathan McGregor. Bryson is is on IG at @BRYSON_MCGREGOR and FB under Bryson McGregor.

He would like to thank Eric Saliba at little shop for the help with the brackets to make it work and John squishy Adkins for helping me make it all work.

Can’t wait to see what is up their sleeve for 2016, it’s getting close. Whatever it is, we are sure that it will be innovative and MB Quart will be there!! 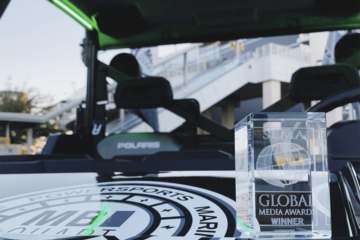 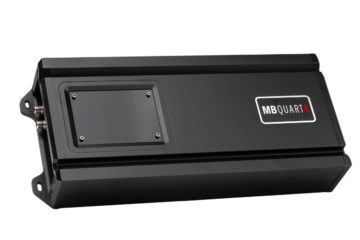 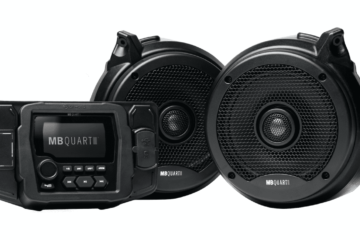